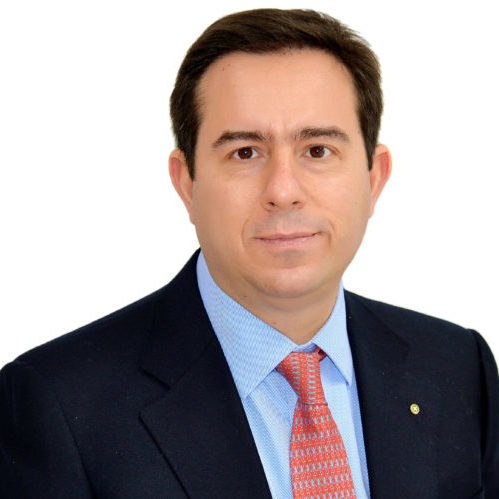 Notis Mitarachi is MP for Chios & Shadow Minister for Social Security (New Democracy Party – EPP). During the Hellenic Presidency of the Council of the EU (2014) he served as President of the Council of the EU – Foreign Affairs (Trade). In the period 2012-2015 he served as Vice Minister for Economic Development and Competitiveness. His first appointment was in London, in 1998, as an investment executive, specializing in industrial investments in Eastern Europe. In 2003, he joined Fidelity International as a Research Analyst and was promoted to Director of Research. In 2005 he was voted Top Pan-European, Buy-side Analyst for the retailing industry (Thomson Extel Survey). He has also served as Chairman of the Hellenic Bankers Association, UK. He is a graduate of INSEAD (MBA), Oxford University (MSc in Industrial Relations) and The American College of Greece (BSc in Business Administration). He is a Chartered Financial Analyst (CFA) Charterholder.