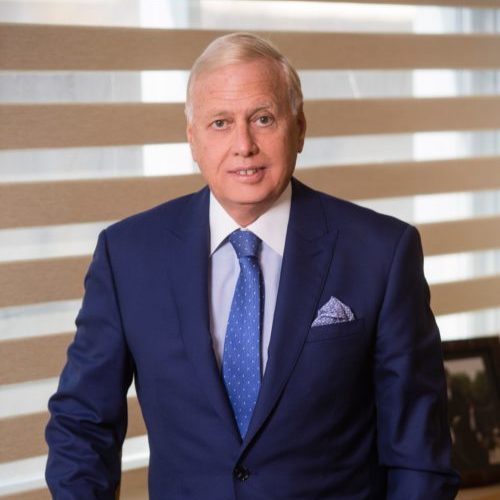 Mr Nicholas A. Macropoulos was born in New York and has studied at the London Academy and the University of Leeds, in 1970 he commenced his career with G. Plytas (ex-Mayor of Athens) Insurance Group. In 1993 he founded Europe SA General Insurance and remains its major shareholder until today.

In 1973 he was elected as a member on the Board of Directors of the Hellenic Association of Insurance Companies in Greece (H.A.I.C) and during the period 1978-1980 he was elected as General Secretary of the Association of Insurance Company Representatives and in 1988 he was a founding member of the Hellenic Insurance Brokers Association (HIBA), served as Chairman for the period of 1992 – 1994 and in 1994 he was proclaimed as honorary Chairman.
He was furthermore elected as the Chairman for the Association of Lloyd’s Brokers Representatives in Greece for the period of 1994 – 2003 and for several years served as an elected member on the Board of Directors of the H.A.I.C.

He served as a member of the Executive Committee for the period of 2009 – 2011 and has held office as the Chairman of the Committee for International and Public Relations at the H.A.I.C from 2012-2015.