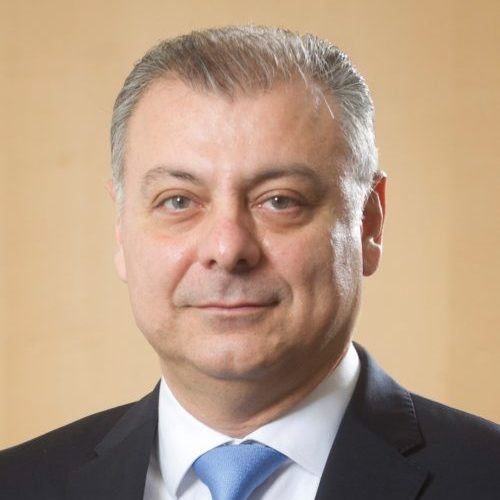 Heracles Daskalopoulos holds the position of the Deputy General Manager at Ethniki Insurance and he is a member of its Executive Committee. He supervises the Individual Life & Health Division, the Group Life Division and the Motor Insurance Division.

Prior to joining Ethniki, he had successfully set up AlphaLife, an insurance subsidiary of Alpha Bank, which he served as the Managing Director. At the same time, he was supervising the Bancassurance Division of Alpha Bank, being in charge of the bank’s insurance operations in Greece and the Balkans. Formerly, he held the position of General Manager and COO at Phoenix Insurance (now Groupama Hellas), managing the Life and non Life insurance operations as well as the actuarial and the I.T. units. He started his career at Interamerican, were he became the manager of the Actuarial Division.

Alongside his primary employment, he collaborated for a number of years with the Research Centre of the Athens University of Economics and Business as a research affiliate. During that period, he participated in numerous studies and research projects regarding social security and private insurance.

He has studied Mathematics at the University Of Athens and earned a Master’s degree in Actuarial Science with distinction from the Cass Business School. He is an actuary, fellow of the Hellenic Actuarial Society, which he served as the President for two consecutive terms.